We recently expanded our network capabilities by adding another data center on the opposite coast from our primary location. SalesBinder now has 2 primary North American data centers that work together, located on both the east and west coast. This adds a lot more redundancy to our web services with the added benefit of speeding up page loads with lower latency for a lot of our users closer to the west coast and abroad.

Now that we’ve rebuilt a lot of our backend systems to be hardware agnostic as well as data center agnostic, a lot of SalesBinder can run independently with a lot less potential single points of failure. If there’s a major outage at one of our data centers, our network architecture should automatically adapt and reroute requests to another region. If a server stops responding, our system automatically replaces it. If traffic dramatically spikes, our system automatically scales up servers in specific regions that need the help. We’re really proud of these changes and expect SalesBinder to benefit from this greatly. 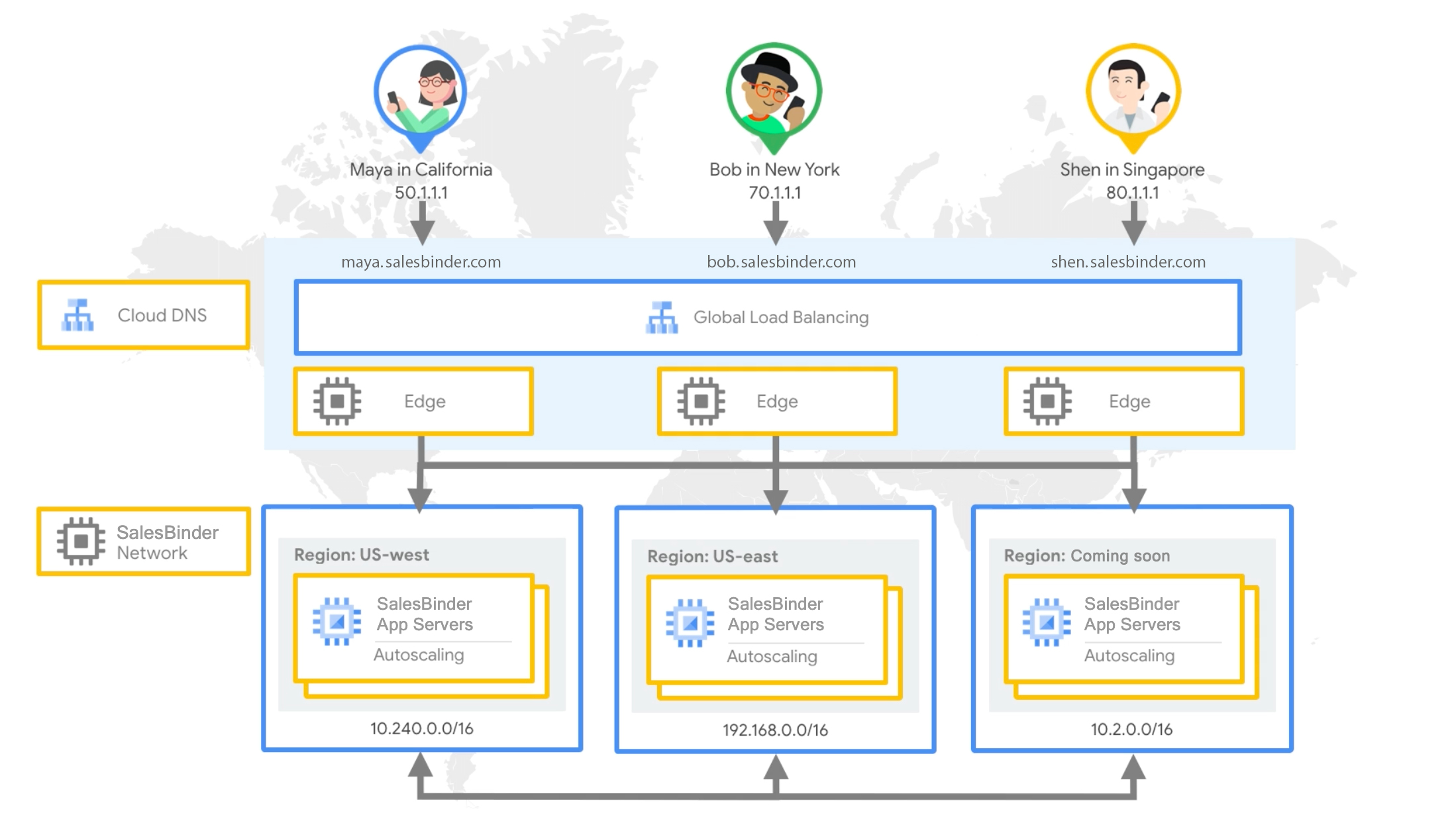 Now that we’re mirroring data into multiple regions in real-time (in under 100ms), we’ll now route your requests to the closest geographic data center to reduce latency by up to 200%. We also have plans to expand into more data centers in other regions later this year.

Posted by:
The Dev Team